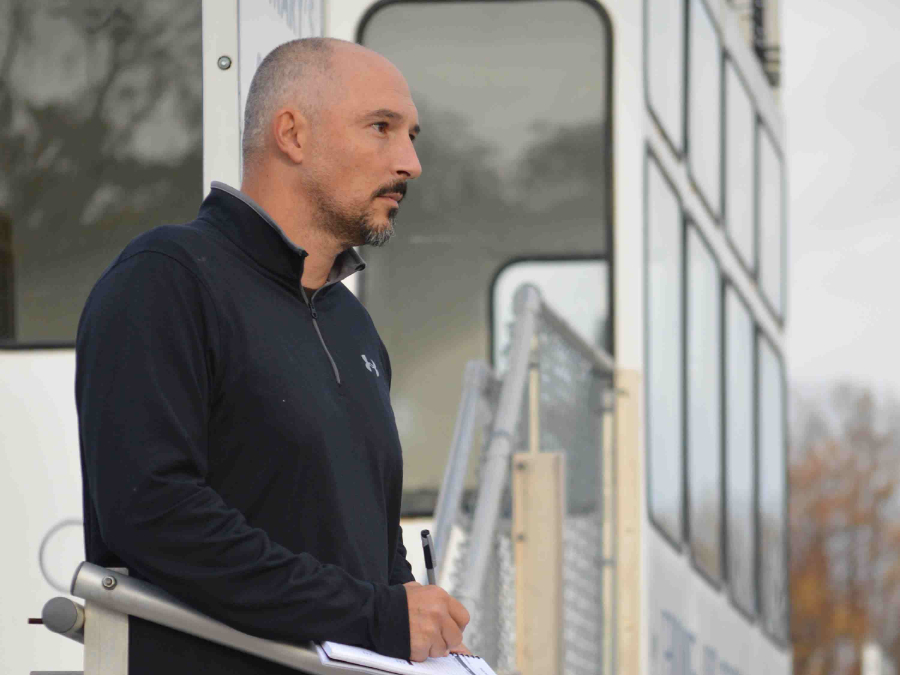 Westminster (Ga.) Head Coach Tony Souza won the 300th game of his career when his Wildcats defeated Marist (Ga.) 14-3 on April 20. The victory improved the team’s record to 10-4 on the season and places them among the Top 5 in Georgia.

Souza is the all-time leader for career wins in Georgia and is the first coach in state history to reach 300 career wins. He has led his teams to at least 10 wins in all but two seasons (the team finished 6-1 in the shortened 2020 season) since he took over the program in 2001.

McDonogh (Md.) has been dominant this season and off to a 6-0 start. The Eagles are the only undefeated team in the Maryland Interscholastic Athletic Association (MIAA) A Conference after defeating three-time defending champion Calvert Hall (Md.) 16-10 on April 23. Jack Horrigan scored six goals and Dante Trader added three goals and an assist in the victory. McDonogh won the 2016 MIAA championship and was the last team other than Calvert Hall to win it.

Horrigan has been a catalyst this season. In McDonogh’s 15-8 win over Boys’ Latin (Md.) on April 6 he scored six points (four goals, two assists). He scored two goals in the 13-11 win over Archbishop Spalding (Md.) on April 9.

The Eagles are the No. 1 team in the MIAA A conference with four games remaining in the regular season.

Archbishop Spalding might be the surprise team of the MIAA A Conference this season. The Cavaliers are 7-1 with wins over Malvern Prep (Pa.), Gilman (Md.), and Boys’ Latin (Md.). They have outscored opponents 106 to 60.

Michael Weisshaar leads the team with 42 points, 24 goals, and 18 assists this season. Race Ripley has 30 points (15 goals, 15 assists) and Ryan Schrier is second on the team with 21 goals (29 points, 8 assists). Alex Ross has anchored the defense along with goalie Jake Oliver who has saved 56 percent of attempts this season. The face-off duo of Blake Malamphy and Trey Fleece are winning more than 65 percent of their face-offs.

Spalding is second in the conference with four games left. They play at Loyola-Blakefield (Md.) on Tuesday followed by a home game against Calvert Hall on May 4.

St. Ignatius College Prep (Calif.) senior Nils Barry set a program record with 11 goals in a 26-4 win over Marin Catholic (Calif.) on April 20. Barry totaled 14 points in the victory. His 14 points place him in a four-way tie for the most points scored in a high school game in California. His 11 goals are tied for third-most for a game in California. He is also in a four-way tie for the third-most points in a game this season.

Cameron McIlrath from El Capitan (Calif.) holds the reported record for most points in a game with 15. As a senior in 2014, McIlrath scored nine goals and six assists against Santana (Calif.) to set the current, reported record. Nick Whittall from Murrieta Mesa (Calif.) has the current record for goals. In 2019, Whittall scored 13 goals against Murrieta Valley (Calf.) on April 24.

Matt Morgenroth led Dacula (Ga.) in scoring during all four of his varsity seasons and is the first lacrosse scholarship player from Dacula. He is the program’s all-time leading scorer with 263 career points and 203 goals. He helped the program to its first winning season in 2021 with an 11-7 record.

Darien (Conn.) is on an eight-game winning streak after a 14-7 win over Ridgefield (Conn.) and a win over New Canaan (Conn.) last week. The Blue Wave was led by Tighe Cummiskey at the faceoff X in going 20-for-25 and the play of goalie Andy Demopoulos who registered 14 saves. Brady Pokorny led the team with four goals in the win. Darien followed that up with a 15-6 win over New Canaan on Saturday. Jamison Moore led the team with three goals and Demopoulos made 14 saves in the victory.

The LaxRecords national notebook is published every Monday during the high school lacrosse season. It appears on LaxRecords.com and Laxnumbers.com.

Get a player considered for inclusion in the weekly notebook, by letting LaxRecords know about his performance.

Want to include a team or coach performance in the weekly notebook? Let me know about it by contacting Mike Loveday.